In creating the concept, Toyota wanted to re-imagine the minicar segment

The Aygo X's grille is encased in black plastic. Its headlights connect in a light strip in a design similar to the styling used by automakers for electric cars.

Toyota's Aygo X Prologue concept hints at a shift to SUV styling for the successor to the automaker's Aygo minicar.

Toyota says the current Aygo has a stand-out design in the segment, therefore, the automaker "wanted to make that distinctive character more daring, more surprising,” Scott told Automotive News Europe in a telephone interview. The idea was to create a shape that "promises a lot of fun," Scott added.

The Aygo X Prologue is 3700 mm (146 inches) long, just 5 mm longer than the Aygo hatchback, but it has greater ground clearance and SUV looks. It was designed at the ED2 studio in Sophia-Antipolis, near Nice, France.

The letter X in the name suggests that Toyota will switch to the Cross name for the Aygo's successor. The automaker also uses the Cross designation for the Yaris Cross small SUV, which will go on sale this year.

Like the Yaris small hatchback and Yaris Cross, the Aygo X is based on the GA-B version of the Toyota New Global Architecture.

The Aygo X Prologue's grille is encased in black plastic. Its headlights above the grille connect in a light strip in a design similar to the styling used by automakers for electric cars, although Scott said that was not the intention.

Toyota said in a March 3 news release that the Aygo successor will be sold with a combustion engine to keep the car affordable in a very price-sensitive sector, even though rivals are targeting the segment with battery-powered cars such as the Fiat New 500 and Renault Twingo Z.E.

Toyota has not yet said whether the car will have a hybrid version, which could be possible since the Aygo's platform mate, the Yaris, has a hybrid variant. Instead, Toyota has hinted that the new car will not be electrified.

The Aygo X Prologue's height was increased partly by using 19-inch wheels, which also boost the car's ground clearance. Elements such as the large wheels and so-called "action cameras" on the side view mirrors that record the drive from the front are unlikely to make it into production, but much of the rest of the concept will remain.

"A lot of things you see on this car will eventually make it through to something you will see on the road," Scott said.

The front light bar could be replaced by a chrome strip that would connect the headlights in the same way, but would cost less, Scott said.

The concept is purely an exterior study with no interior. It uses a two-tone paint scheme that separates the front and cabin from the rear of the car to help increase the dynamic feel, Toyota said. 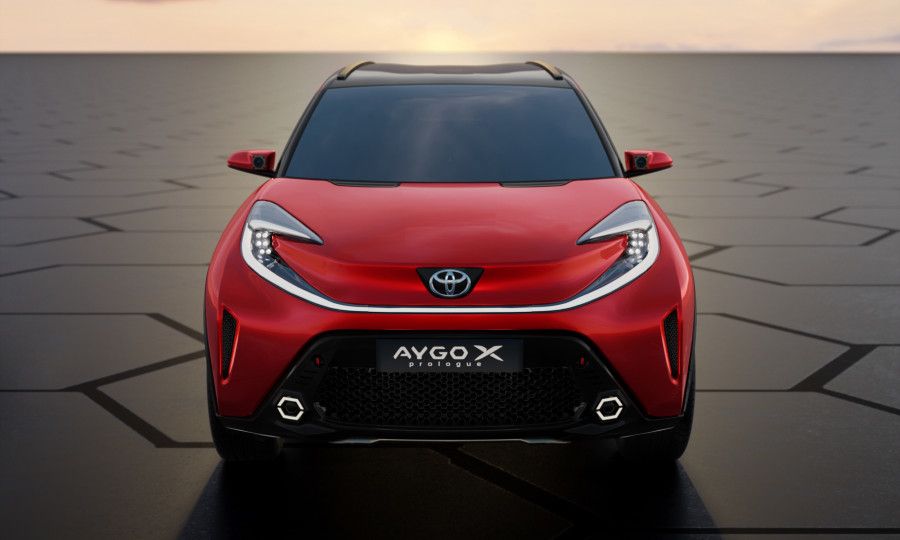 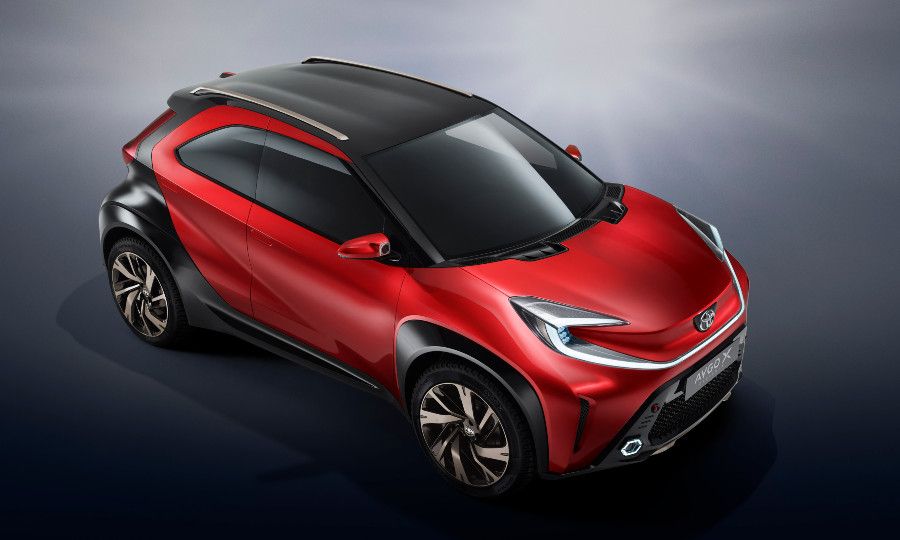 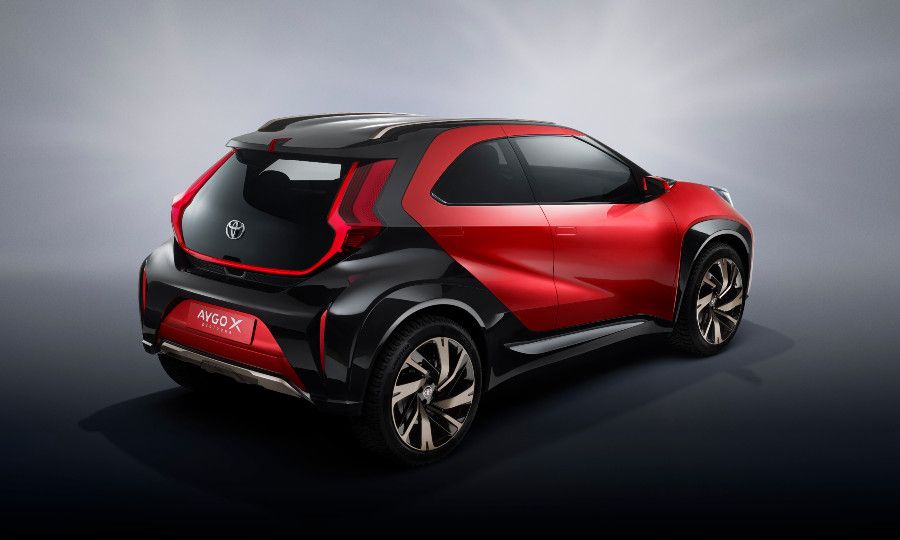 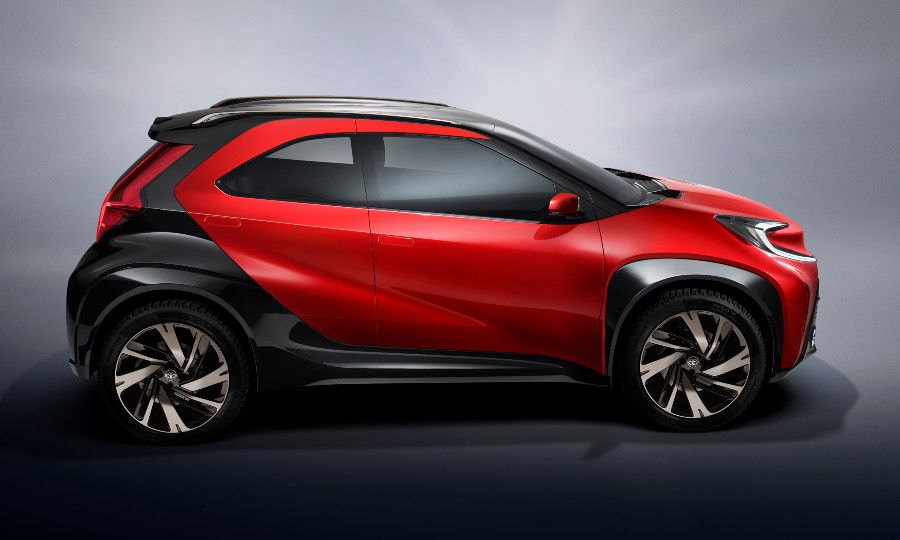 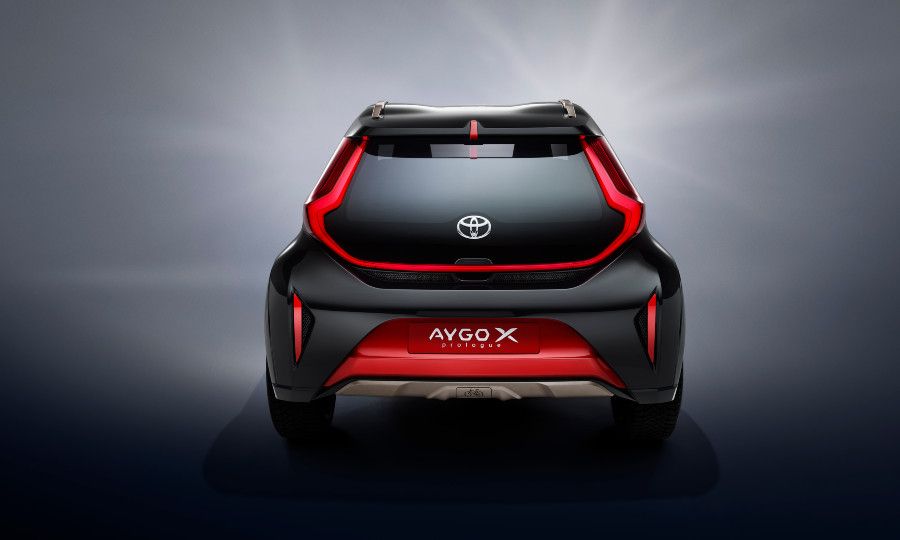 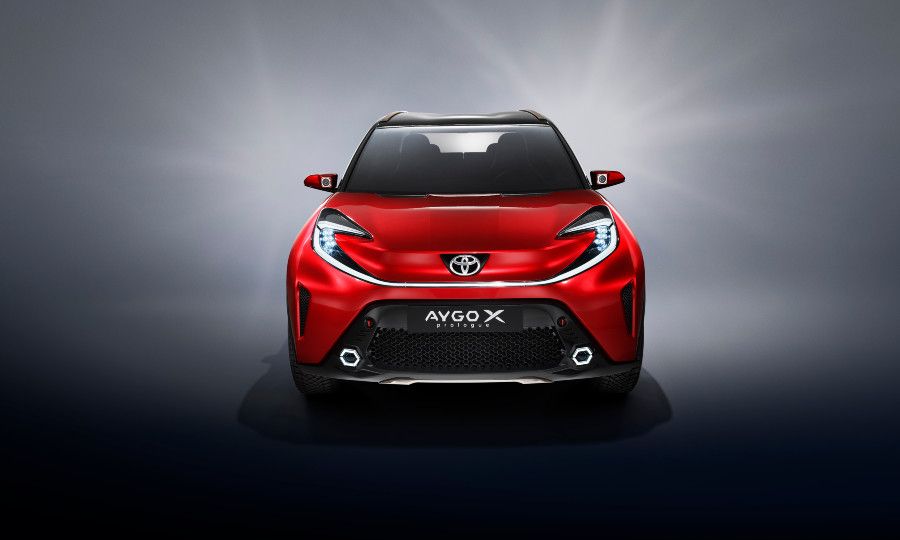 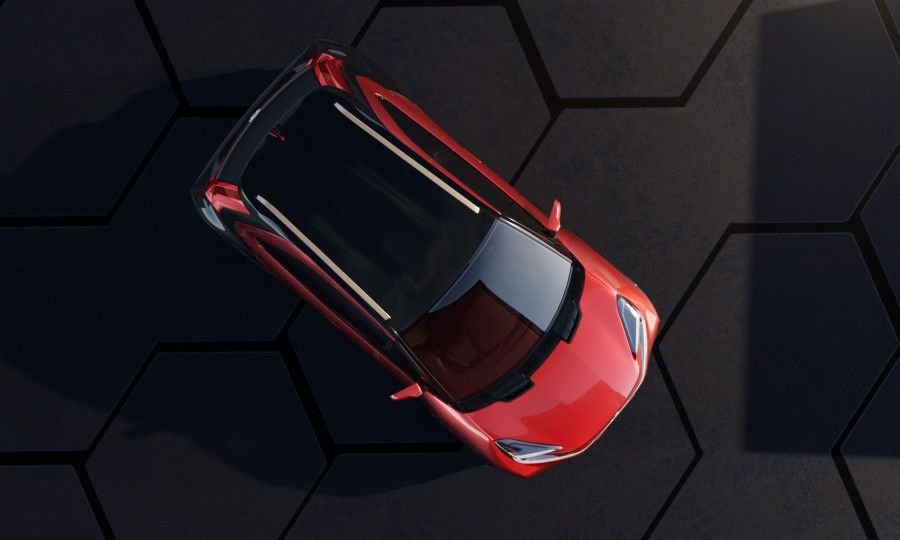 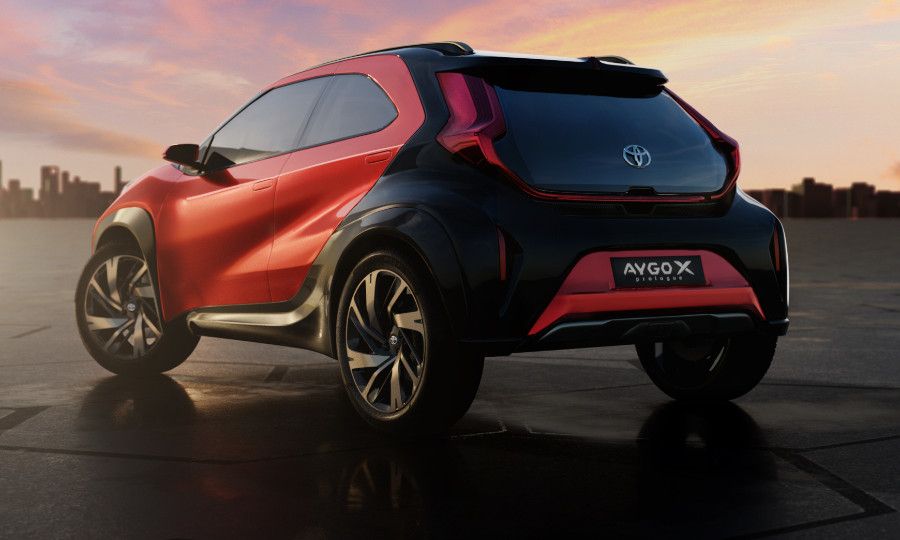 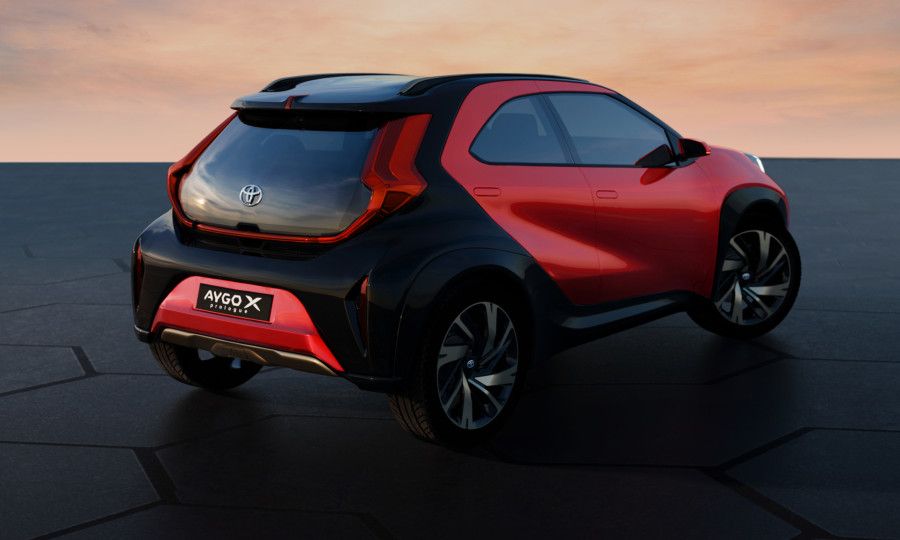 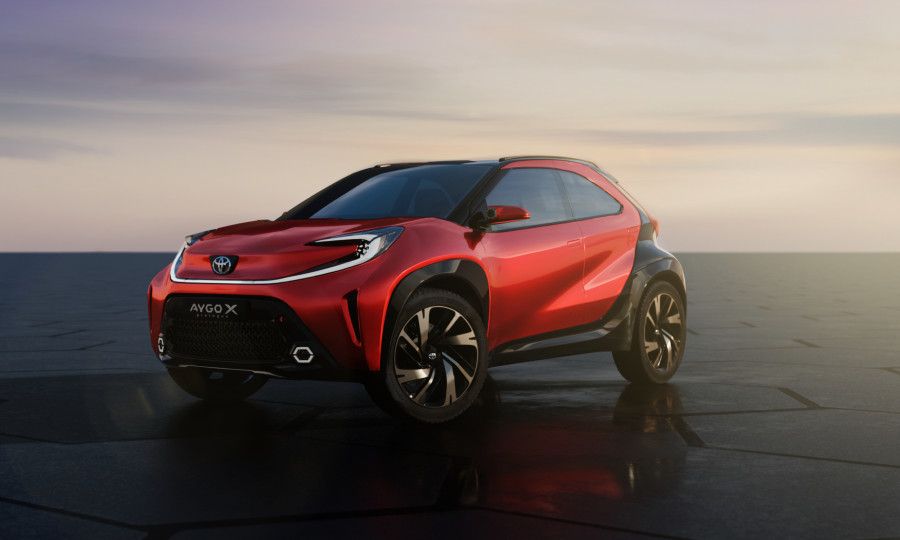 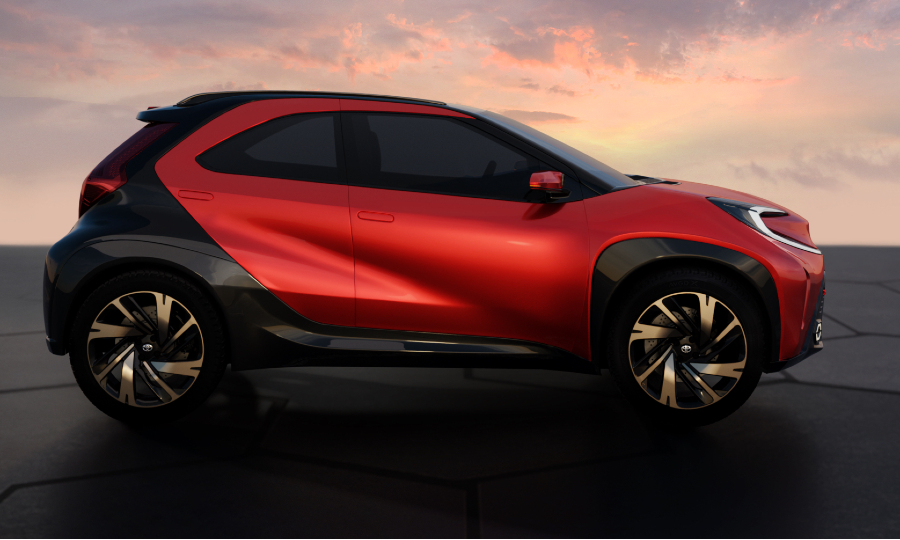 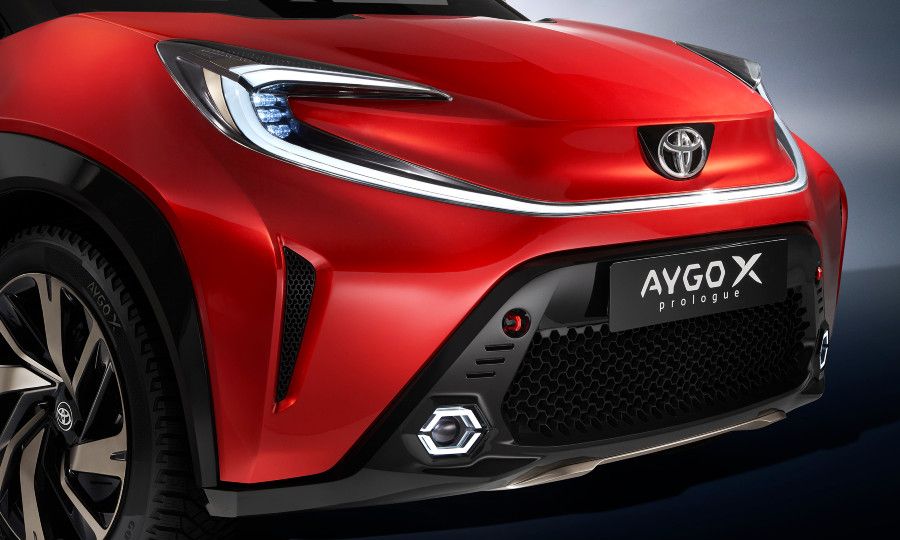 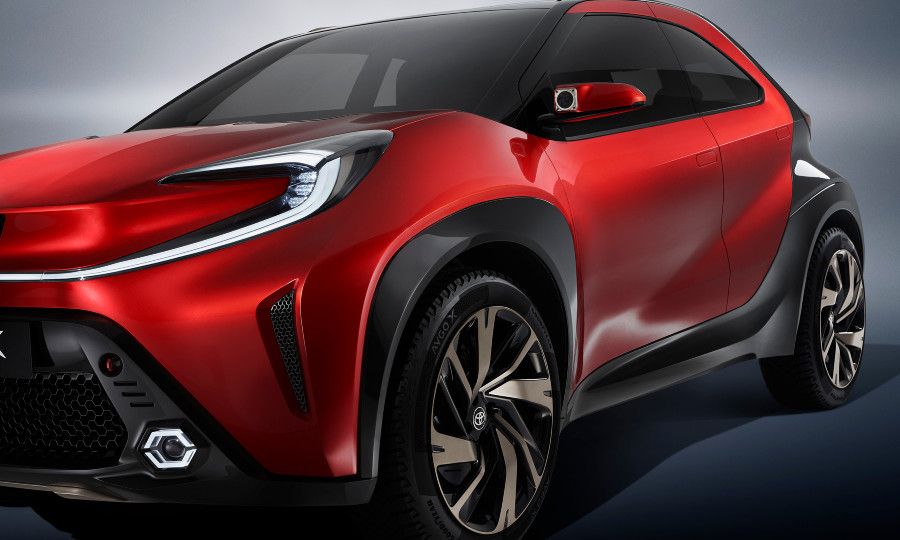 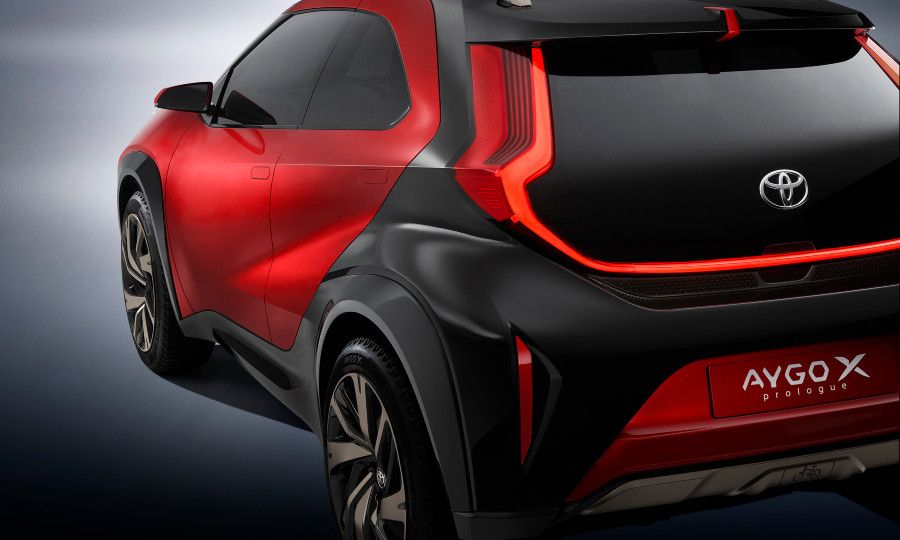 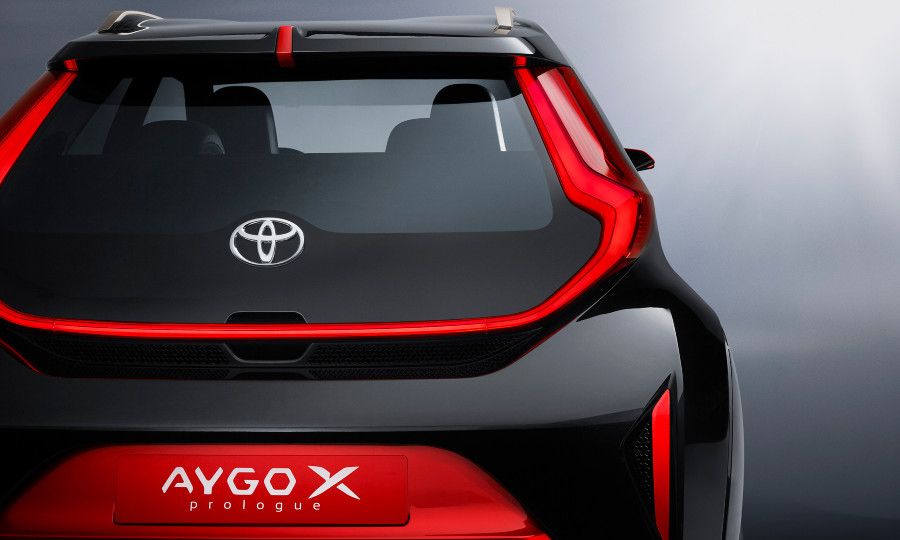 Toyota is one of the few major automakers that intends to stay in the minicar segment even as rivals quit because they are struggling to make a business case for low-margin cars that also increase their fleet average CO2 emissions, risking fines under European Union regulations to reduce greenhouse gases.

The Aygo was the No. 3-selling minicar in Europe last year with a volume of 83,277, down 17 percent on the year before, according to JATO Dynamics.

A production version of the Aygo Cross will be shown in the next six months, Toyota said. The company did not reveal when the production car will go on sale.

Toyota is expected to build the car at its plant in Kolin, Czech Republic, where the current Aygo is made alongside the related Peugeot 108 and Citroen C1. Toyota took full ownership of the factory on Jan. 1. Previously it was a joint venture with PSA Group.