Production version to be designed by Mercedes and built in China

The Smart Concept #1's design contrasts a so-called "floating roof" with a lower body styled to look more robust in keeping other SUVs.

Smart will aim at the premium end of the booming small SUV segment with the production version of its Concept #1.

The four-seat concept previews the first series-production model of a new generation of Smart cars planned by Daimler and its Chinese partner, Zhejiang Geely Holding Group.

The concept is "characterized by progressive design, premium equipment and advanced technology," Smart's sales and marketing chief, Daniel Lescow, said in a statement.

The production version is being developed by Geely and styled by Mercedes-Benz Design.

The concept debuts "a completely new design DNA" for Smart, Gorden Wagener, head of design for Mercedes parent Daimler, said in the statement. "The new sporty Concept #1 is a redefinition of the Smart brand in a very cool, grown-up way," he added.

Geely says the architecture will offer a driving range of up to 700 km (435 miles) and greatly reduced charging times thanks to 800-volt technology.

The platform allows for the fitment of long-range batteries as well as a new-generation vehicle software that facilities over the air (OTA) updates for 75 percent of the car's electronic control units. A central computer controls the infotainment, driver assistance functions, and the E/E (electric/electronic architecture).

Smart said the production car will have a high level of driver assistance features, including self-parking and automatic "evasive" steering.

The Concept #1’s design contrasts a so-called "floating roof" with a lower body that has been styled to look more robust in keeping with other SUVs. Design elements in the lower element of the body are colored black and gray to emphasize the robustness. 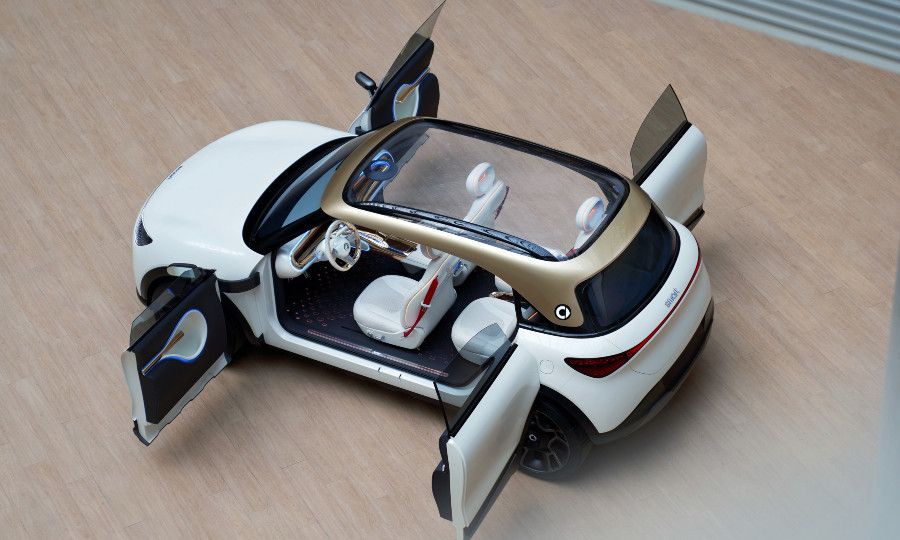 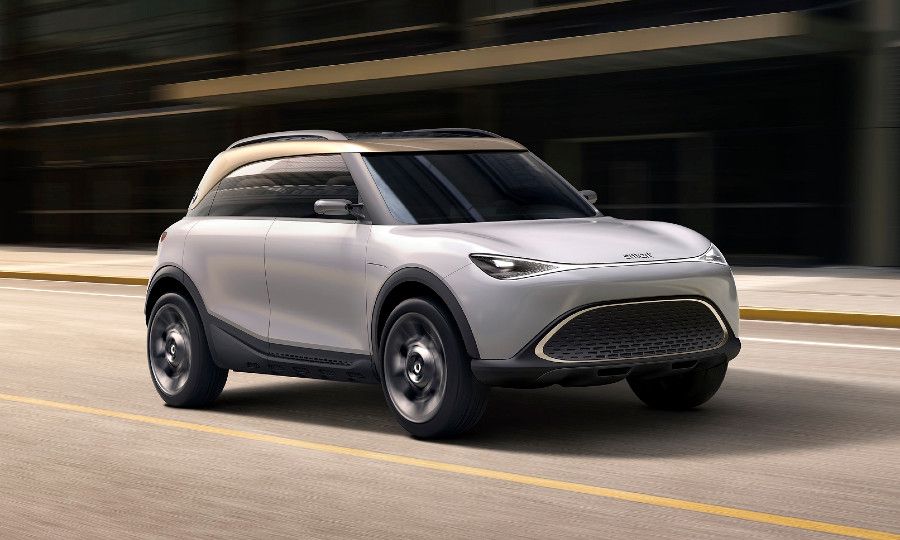 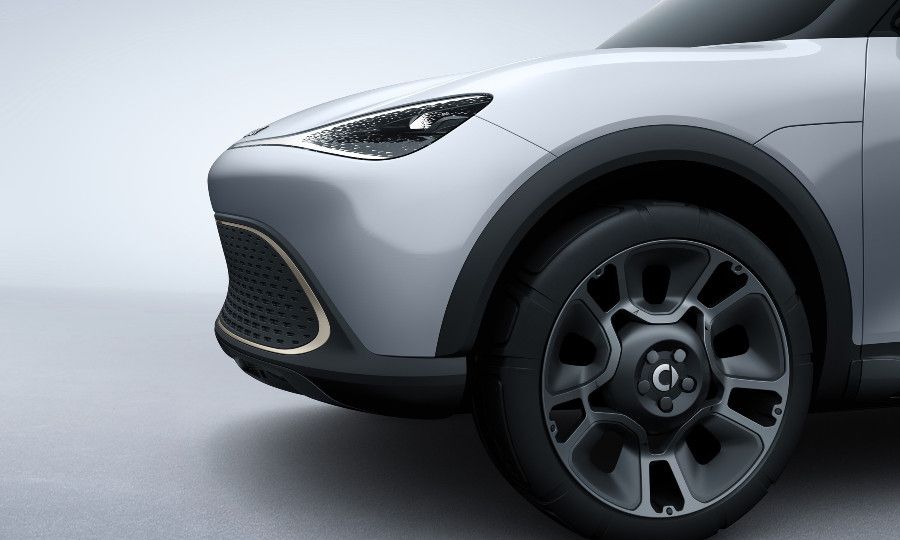 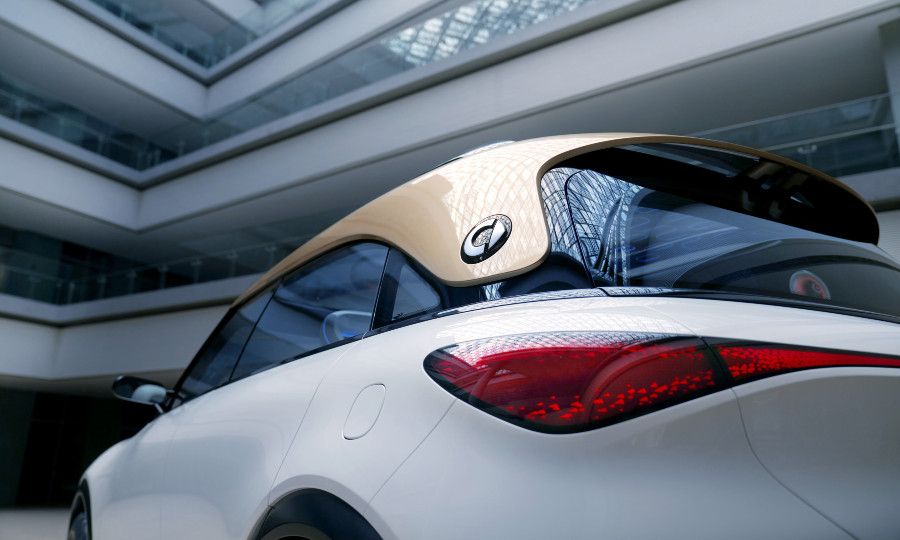 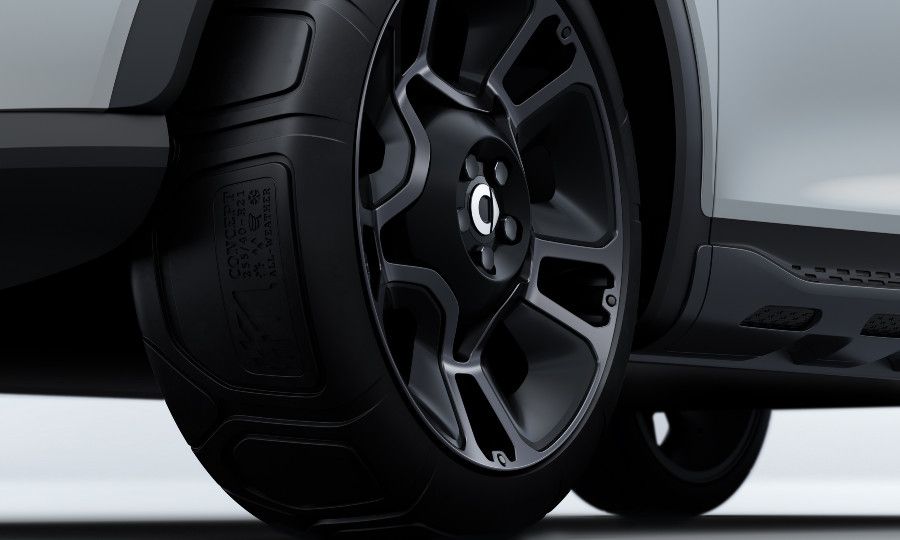 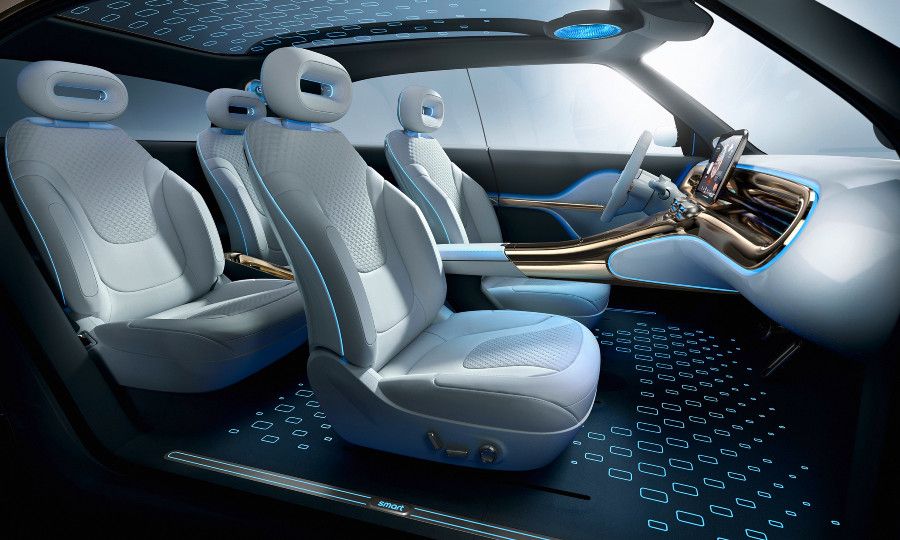 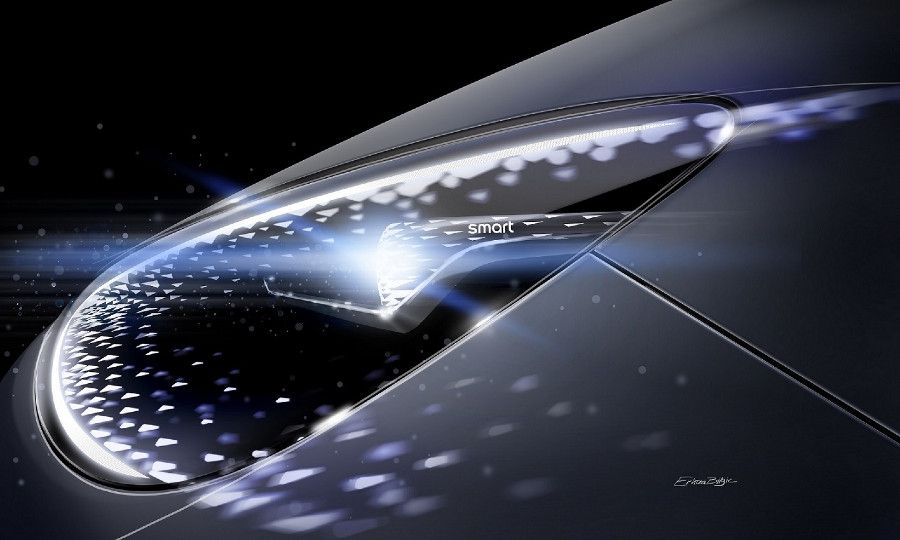 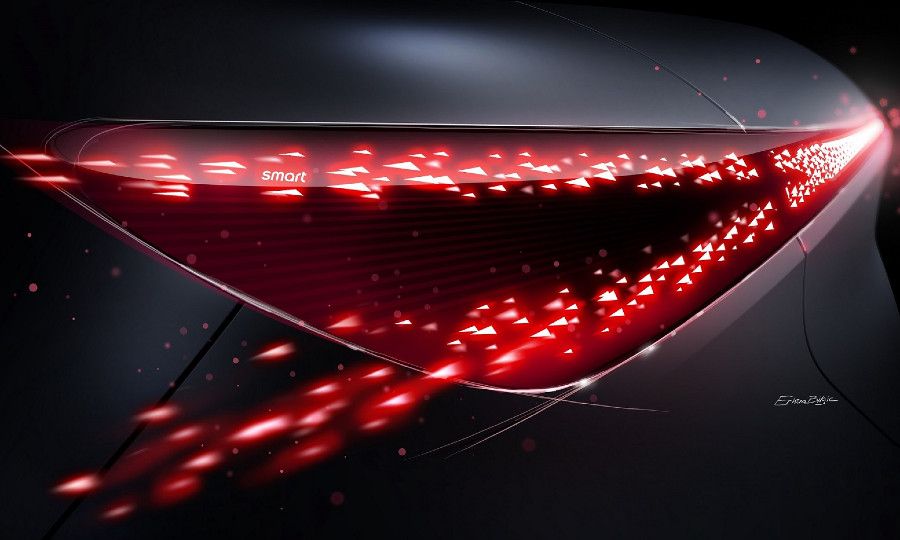 The roof has been separated visually by the addition of the frameless doors and the absence of a B-pilllar. The rear-hinge doors give better access to back, Smart said.

LED lighting has been used to pick out elements of the exterior, including the strip above the grille linking the headlights, the grille surround, and the edge of the panoramic sunroof. The LED headlights form part of the "attention-grabbing" light display around the vehicle, which is said to dance in time to music.

The cabin makes further use of LED lighting, including in the floor. The dashboard is dominated by a 12.8-inch touchscreen that is said to feature a 3D display

At 4290-mm long, the concept is longer than the 3495-mm long Smart ForFour that it will replace. The ForFour is based on the Renault Twingo and built at the French automaker’s factory in Slovenia.

It will compete in Europe in the small SUV segment dominated by models such as the Renault Captur and Peugeot 2008.

Smart's cars will be built at a new factory in Xian, China. The plant will have annual capacity of about 150,000 vehicles.

Daimler and Geely signed an agreement in 2019 to jointly own Smart in a 50/50 joint venture. The brand went all-electric in the same year.

Geely has said new Smarts developed by the company will go on sale in 2022.