Jeep Avenger to give brand big sales boost in Europe

The Avenger is the brand's first full-electric model, although it will be sold with combustion engines in some European markets.

The Avenger, which had its public debut at the Paris auto show on Monday, is the brand's first full-electric model, although it will be sold with combustion engines in some European markets.

It will be Jeep's second entry in the small SUV category, Europe's biggest segment, alongside the Renegade.

Jeep last year sold 128,968 cars in Europe after industrywide supply problems partly reduced volumes from its record 168,652 in 2018, according to figures from industry association ACEA.

Jeep has also struggled to increase its European market share outside of Italy, which accounts for half its sales in the region.

"We have had a lot of issues with powertrains such as diesel not being adapted to the market, a lot of tax disadvantages and we ended up not getting the momentum we deserve," Jeep CEO Christian Meunier said.

Meunier was speaking at an event last week at the Stellantis factory here in Poland, where the Avenger will be built, alongside sibling models for the Alfa Romeo and Fiat brands.

The Avenger will go on sale in the spring, followed by the Fiat small crossover derived from the Centoventi concept shown at the 2019 Geneva auto show late next year and the Alfa Romeo version, reportedly to be called the Brennero, in 2024. 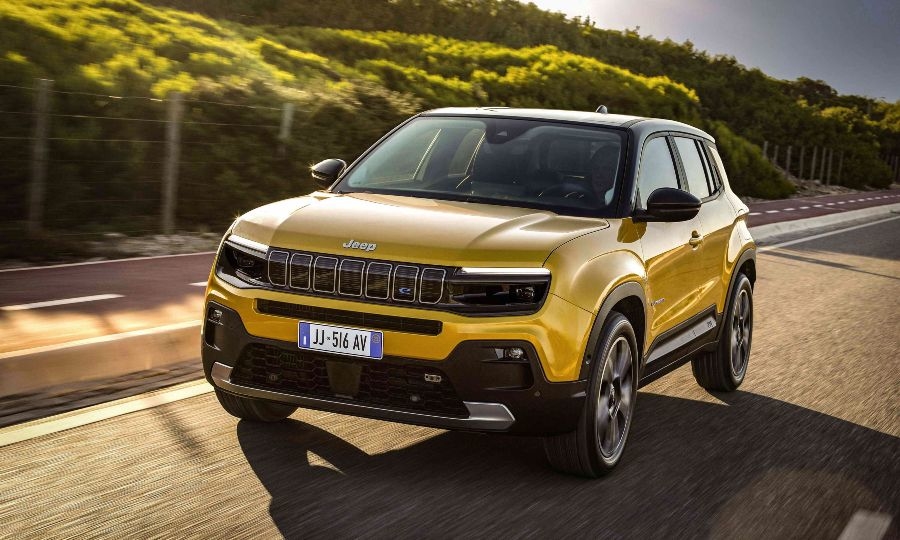 Jeep will reveal more details about the coming Avenger (shown), the brand's first full-electric model and the smallest vehicle in its lineup, at the Paris auto show, which opens to the public on Oct. 18, with a press day on Oct. 17. 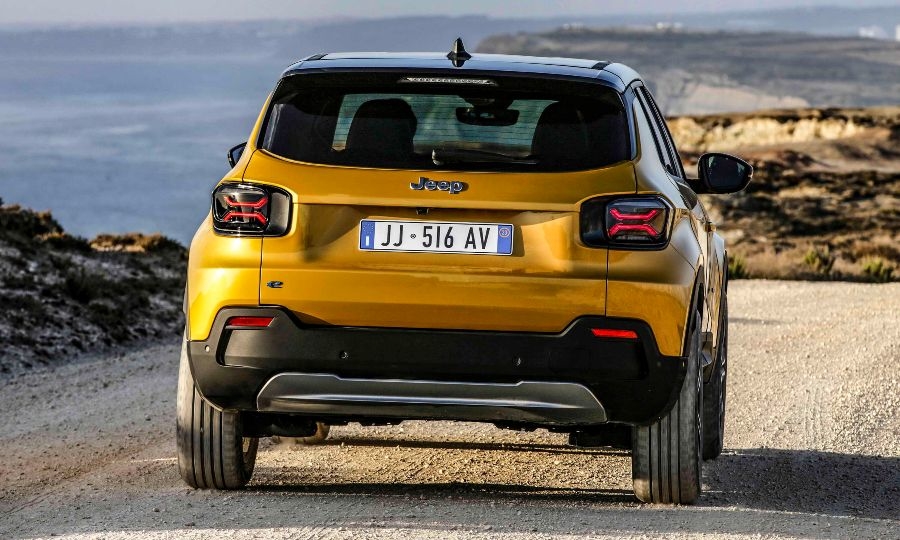 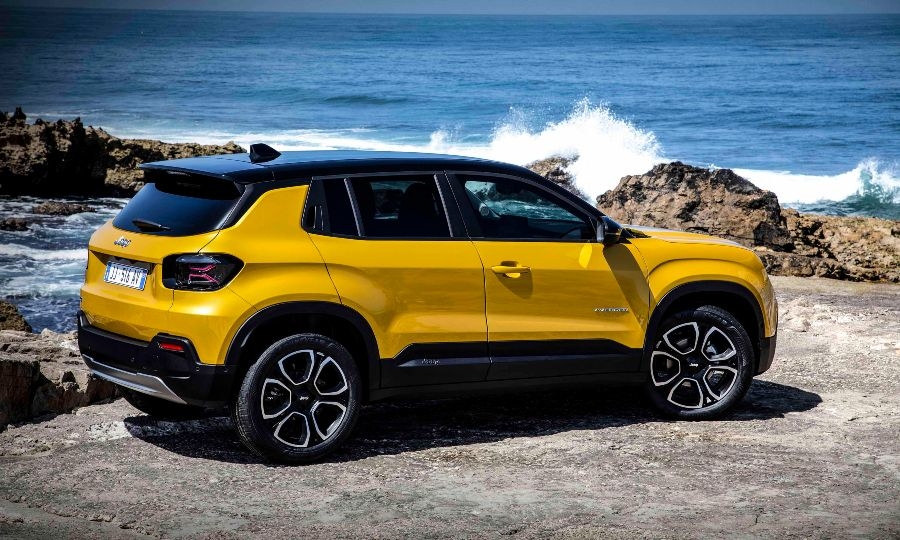 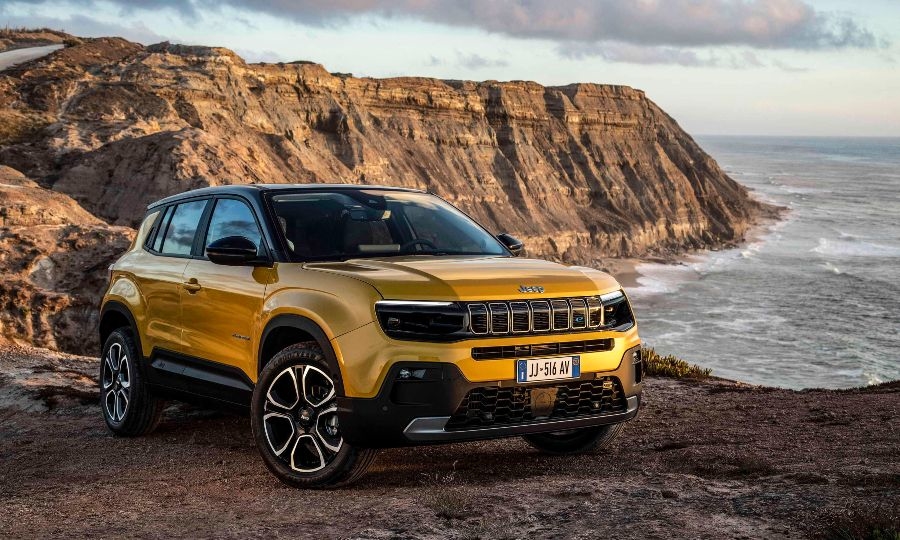 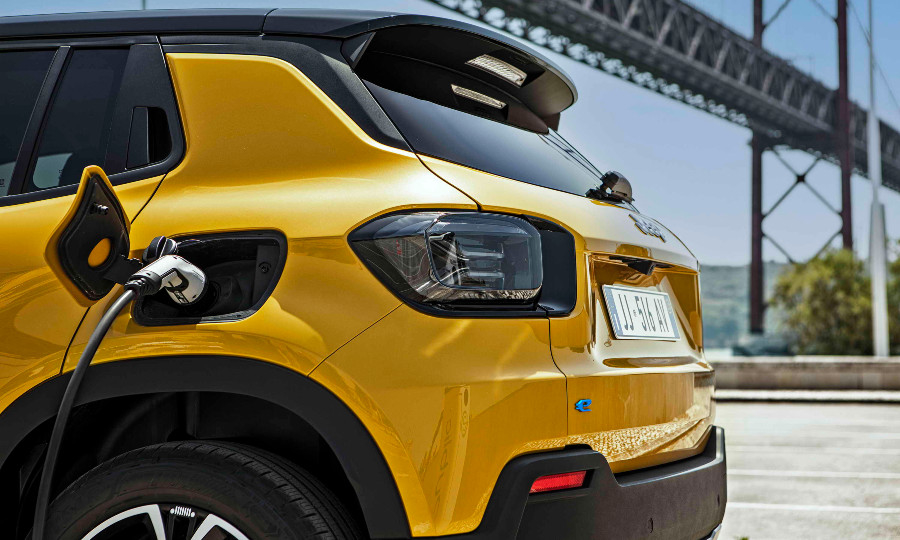 Adding the small SUV will double Jeep's sales, a source with knowledge of the thinking among Jeep executives said.

The Avenger is built on a second-generation version of the Stellantis’ eCMP electric platform that also underpins cars such as the Peugeot e-208, Opel/Vauxhall Mokka-e and Citroen e-C4.

Italy will be the biggest market for the Avenger, followed by Germany, France and the UK, Jeep Europe Antonella Bruno boss said.
Jeep will also sell a 1.2-liter gasoline version of the small SUV in Italy and Spain, due to the lag in the electric infrastructure rollout in those two countries, Bruno said. A hybrid version, expected to be a plug-in hybrid, is also planned, a source close to the project said.

The battery-electric Avenger will compete against small full-electric SUVs such as the Hyundai Kona Electric, MG ZS, Smart #1 and Opel Mokka-e.

Jeep said the Avenger's finance pricing would start at 249 euros a month, with local incentives included. The list price would start below 30,000 euros, again with incentives of up to 6,000 euros depending on country, Meunier said.

The launch version of the car, which will be badged First Edition, will start at less than 40,000 euros, again with incentives, Meunier said.

With the Avenger, Jeep is hoping to attract younger buyers by offering an off-road styled car with a more youthful image than that of competitor models.

Jeep Avenger production at the Stellantis plant in Tychy, Poland.

Standard equipment on the car includes a 10.25-inch dashboad touchscreen powered by Google's Android Automotive as well as a choice of either 10.25-inch or 7-inch screens in front of the driver. Semi-automated driving technology includes adaptive cruise control and lane centering.

Options include leather seats, a panoramic sunroof and ambient lighting around the dashboard.

The Avenger’s 54-kilowatt-hour battery is the same as that used by the upgraded Peugeot e-208 and gives a range of up to 390 km (242 miles). The pack is split to sit under the front seats and rear seats with room for the passengers' feet in between. A heat-pump to extend range on cold days is standard as it a three-phase 11-kW on-board charger.

The Avenger uses a 156-hp electric motor supplied by the Emotors joint venture between Nidec and Stellantis and built at Stellantis’ plant in Tremery, France. A second motor will be installed on the rear axle to create a 4xe all-wheel-drive model for launch later.

The plant in Tychy has been upgraded to boost annual capacity to 300,000 a year to include the Avenger, plant manager Tomasz Gebka said at the prelaunch event. The plant currently builds the Fiat 500, Abarth 500 and the Lancia Ypsilon.

The Avenger's annual production is expected to be 100,000. The Fiat small crossover will account for 130,000 units annually. Alfa Romeo's small SUV is scheduled to account for 60,000 units.